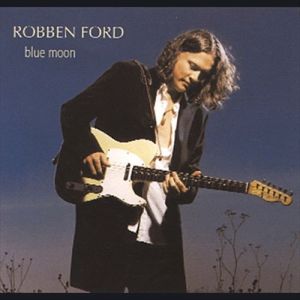 Blues fans planning to attend Long John Baldry’s annual birthday bash at the Commodore on Saturday (January 18) will get a little extra bang for their buck this year. Along with long-time Baldry backers such as Jim Byrnes and Johnny Ferreira, American guitar hero Robben Ford will be getting his licks in. Ford recently spent two weeks coheadlining with Baldry in New Zealand as part of a blues revue, and as the guitarist explains from his home in Ventura, California—where he’s recovering from a bout with the flu—the two hit it off famously. “He’s a great guy,” raves Ford, “and just an amazing performer on-stage. I mean, that’s where he belongs—he’s born to it.”

Ford has shown an affinity for the stage himself, ever since his teenage days playing with his brothers in the Charles Ford Band and backing harmonica great Charlie Musselwhite. His career has included stints with Jimmy Witherspoon, Miles Davis, and the Yellowjackets, and session work with everyone from Little Feat to David Sanborn. He played on Joni Mitchell’s acclaimed Hissing of Summer Lawns disc of ’75, and it was while touring with the Canadian songstress in Britain that a youthful Ford hooked up with George Harrison. The ex-Beatle quickly enlisted the young picker to perform on his own solo tour.

“The music we played wasn’t the Beatles’ music,” recalls Ford, who turned 24 while travelling with Harrison. “We did one John Lennon song—I remember playing ‘In My Life’—but most of it was George’s music, which was very different from the Beatles’ music, really. So we did songs from All Things Must Pass and a variety of things.”

As well as making a name for himself as an in-demand sideman and session player, Ford has undertaken a solo career that included three ’90s albums with Robben Ford and the Blue Line, which saw him in the impressive company of bassist Roscoe Beck and drummer Tom Brechtlein. In ’97 he hooked up with Keith Richards’ rhythm section for the instrumental rock and R & B tour de force, Tiger Walk, which earned Ford his fourth Grammy nomination. His latest disc, Blue Moon, was released by jazz-oriented Concord Records last March, and he’ll be performing material from it at the Commodore, before jamming with newfound buddy Baldry.

It’s not surprising that Ford has found a good friend in the lanky local crooner, who was one of the pioneers of the British blues scene in the ’60s. Music-wise, Ford’s first love has always been the blues. “It’s the thing that really lit me up to play the guitar,” he relates. “Mike Bloomfield in particular, with the Paul Butterfield Blues Band.”