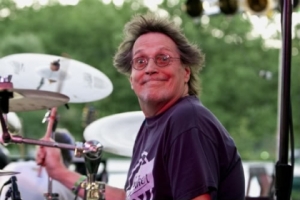 Richie Hayward, the founding drummer and longtime member of rootsy southern-rock greats Little Feat, passed away yesterday at the age of 64 after a long battle with liver cancer.

Hayward formed the band in 1969 with keyboardist Bill Payne and former Mothers of Invention members Lowell George (guitar) and Roy Estrada (bass). Over the years he also worked with a number of other bands and artists, including Eric Clapton, Bob Dylan, Ry Cooder, and Warren Zevon.

Here’s a nice clip of Little Feat performing the title track off its 1973 album, Dixie Chicken, and you can see Hayward joyfully grooving along and adding backup vocals behind slide-guitar ace George and guest vocalists Bonnie Raitt and Emmylou Harris.

George died of a heart attack in 1979 at the age of 34, but he’s no doubt smiling up in heaven now that his close friend and trusty timekeeper has arrived.