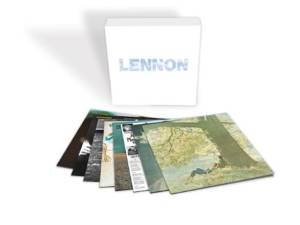 Last weekend’s enormously successful Record Store Day was proof that–all around the world–vinyl is the preferred format for serious music fans in 2015.

Three days after that joyous celebration of the 12-inch platter, Universal Music Canada has announced that John Lennon, arguably the greatest pop songwriter of all time, will be lauded with a nine-LP boxed collection set for release on June 9.

The collection’s albums are all out-of-print worldwide on vinyl, with the exception of previous LP re-masters of Imagine and Rock ‘n’ Roll, which are in print in the United States. Lennon is the first complete collection of John Lennon’s solo studio albums to be released on vinyl, and the individual LPs will be released on August 21.