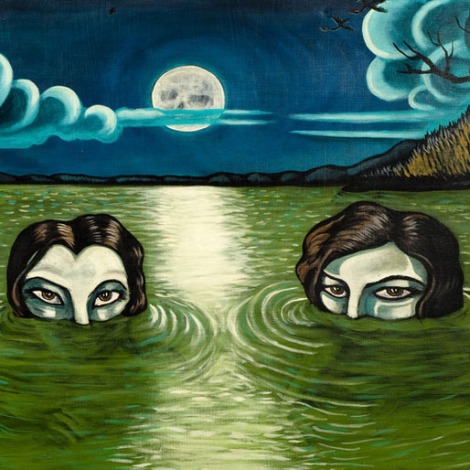 One of the biggest music stories of 2014 concerned the trials and tribulations of AC/DC, which had one original member retire due to dementia and another facing criminal charges. The return of Pink Floyd after two decades also made a few headlines—or garnered a ton of hits, in the parlance of the times. Either way, both stories were proof that you should never underestimate the old guys of rock. I’m sure Tom Petty and Carlos Santana would agree.

Pink Floyd  The Endless River  The prog-rock legends’ first album in 20 years is as spellbinding as ever. Though based on leftover material from 1994’s Division Bell, it doesn’t sound that way, and is a beautiful swan song for keyboardist Richard Wright.

Slash World on FireVancouver’s  Todd Kerns is a driving force on bass and vocals as part of Slash’s band, but of course the main attraction will always be the former Saul Hudson’s gloriously cranked Les Paul. May it soar on forever!

Tom Petty and the Heartbreakers Hypnotic Eye  Tom Petty revisits the raucous sound of his early work and it pays off with the firstBillboard No. 1 album of his career. As usual, Mike Campbell’s economical, tasty-as-hell guitar work is Petty’s ace in the hole.

Ronnie Earl and the Broadasters Good News  Holger Petersen’s Alberta-based Stony Plain Records gets an enthusiastic thumbs-up for keeping the music coming from one of the most soulful guitar masters around.

Eric Clapton and Friends The Breeze: An Appreciation of JJ Cale  Eric Clapton, who hit it big with covers of such JJ Cale tunes as “After Midnight” and “Cocaine”, pays tribute to the American songwriting great in the company of an array of guitarists that includes Derek Trucks, Albert Lee, David Lindley, and the particularly awesome Doyle Bramhall II.

Santana Corazón  Carlos Santana’s latest is a mostly Spanish-language recording by the Latin rock-guitar hero, but the joy emanating from his unmistakable tone is universal.

Dave Alvin and Phil Alvin Common Ground: Dave Alvin & Phil Alvin Play and Sing the Songs of Big Bill Broonzy  Roots-rockin’ brothers from the Blasters go to town on 12 tunes written by their idol, folk-blues giant Big Bill Broonzy. No wonder it was just nominated for a Grammy for best blues album.