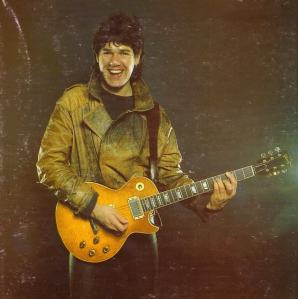 Gary Moore has been one of my fave guitarists ever since I heard him with Thin Lizzy back in the seventies. I then closely followed his hard-rock/metal solo career in the ’80s, before he got the blues bigtime in 1990.

I was fortunate enough to have interviewed the legendary picker once, back in 1984, when he was touring North America with Rush, who had recently released Grace Under Pressure.

At one point in the interview I asked him about a story I’d read in Guitar Player about him acquiring the 1959 Les Paul formerly owned by his hero, Peter Green. (Moore ended up selling it for a ton of money many years later, and now it’s in the collection of Metallica‘s Kirk Hammett.)

To hear my full 1984 interview with Gary Moore, subscribe to Ear of Newt’s Patreon page.