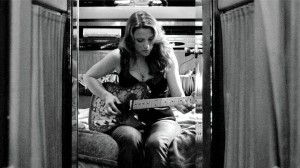 Hey all you diehard Susan Tedeschi fans: here’s another audio excerpt from my 1998 interview with her, when she had just released her second album, Just Won’t Burn, and was on the verge of stardom.

As the “phoner” wound down, I asked her what she hoped to accomplish in her career, and I loved her reply: “I enjoy being a musician, pretty much.”

Looking back–or listening back, anyway–I wish I’d sounded a bit more enthusiastic about getting out to see her show, as she so sweetly asked if I was going to be there. I don’t think I was fully aware of how immense a talent she was–I was just trying to get another quick freelance story in the can and pay some bills.

To hear my full 1998 interview with Susan, subscribe to my Patreon page, where for $5 U.S. you can also hear my conversations with: