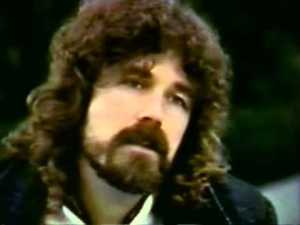 With a debut album that was the fastest-selling release in the history of the recording industry, Boston was to the mid-’70s what Guns N’ Roses are to the late ’80s. With such uplifting, guitar-heavy tunes as “More Than a Feeling”, “Long Time”, and “Peace of Mind”, the Boston LP went on to sell a mind-boggling nine-million copies worldwide.

But then, right after the release of its second album, Don’t Look Back, Boston pulled off a disappearing trick that would have made Houdini envious. As quickly as it had stormed the charts, the group was gone, not to be heard from again for eight long years. As lead vocalist Brad Delp explained when he called the Georgia Straight from Saskatoon, it was the old lawsuit-with-the-record-company trip that keep his band quiet all those years.

“Actually there’s an ongoing lawsuit with CBS Records,” says Delp, “a more or less celebrated lawsuit that has turned out to be a real headache for Tom [guitarist Tom Scholz]. We’re on MCA now, but there was a period of time where it looked like–even if we had a finished product–legally it was gonna be tough for us to get it released. Luckily, thanks to Tom’s efforts, we kind of cleared the way for that–even though the suit itself hasn’t gone to court yet.”

Delp took advantage of Boston’s forced silence to raise a family, and worked on and off on a solo project until the band was finally able to release it’s third album, Third Stage, in 1986. A ballad from that LP, “Amanda”, became the first number-one single for Boston (“More Than a Feeling” had peaked at number two), and the album sold five-million copies.

“It was very gratifying after all that time off to see Third Stage so well accepted,” says Delp, the only original member in the group other than founder Scholz. For the two-week Canadian mini-tour that brings  Boston to Vancouver on Saturday (December 17), the band is rounded out by drummer Doug Huffman, bassist David Sykes (formerly with Aldo Nova and Guffria), and second guitarist Gary Pihl, who used to play with Sammy Hagar when Hagar’s band opened for Boston on the Don’t Look Back tour of ’78.

With Pihl and Scholtz handling the guitars, fans of frenzied fretwork should be in for a real treat. They’ll be playing through Scholz’s own Rockman amplifiers, a whole new line of which will soon be available to consumers. The amps are the latest creation of Scholz, the former MIT technical whiz who caused quite a stir with musicians in the ’70s when he introduced his Rockman guitar device. One thing you won’t be hearing at the Coliseum this weekend is anything on tape.

“Tom is very adamant about not using any prerecorded things in the show,” says Delp, “so none of the vocals or instrumental parts are taped. Consequently each of us has to cover a lot of bases. I have to play keyboards at some point in the set because both Tom and Gary are busy on guitar.”

With only three albums to choose material from (they don’t do any covers), Delp says that Boston plays nearly everything they’ve recorded during a set. His personal favourite song of the live show is one of the band’s first hits, “Long Time”.

“Most of the songs are very structured vocally–there’s a lot of tight harmony parts and so forth–so for me ‘Long Time’ is one where I can stretch out a little more. But I like singing the ballads like ‘Amanda’ too.”

Delp says Boston is not really concerned about spectacular live effects and a big production.

“There are a few surprises here and there effects-wise, but by and large I think Tom’s concept for the band was really stated on the first album with the song ‘Rock and Roll Band’, which is what we’ve always started the shows with. He feels that sort of sets the tone for things.”

And as for what constitutes Boston’s following today, Delp figures it’s a combination of both staunch devotees from the ’70s and new-found fans of the ’80s.

“We’ve been seeing a real wide age group at these shows, and I’ve met a number of people that come with their kids–people that saw us back in ’76 on the first tour are now bringing their kids, and it’s kinda nice that neither of them has to drag the other one along. They’re both interested in going to the show, and I don’t think that really happens much these days.”

1975
Alright, the Stones are coming back to Vancouver, so Keef'll be crashin' on my couch again. My close personal friend, jammin' buddy, and skullring-touching bro from way back called today and said the case of JD would be arriving on my doorstep soon. We are gonna get SO WASTED!
Drew Burns knew how to book ‘em
Guess who I’m cheerin’ for #superbowl
Glory Days #superbowl
My nephew Jeff just caught a fish in Mexico. Apparently his name was Marlon
The longest-serving employee at the #GeorgiaStraight, I celebrated my 35th anniversary with the paper last year. Then just yesterday I found out it’s been sold. It ain’t easy bein’ a journalist. Noble profession, though
Happy Newt Year from me and a coupla guys from KISS who couldn’t even bother to fucking smile or grimace or spit blood or anything cool for the photo #backstagepast
Hey, this thing still makes a nice Christmas gift. Just sayin’ #gorddownie
Happy birthday to my close personal friend and confidant Mr. Keith Richards! See you tonight Keef! Save me some JD and coke! (And by coke I do mean cocaine) - the Newt
‪Johnny Winter playing bass behind George Jones at a Little League fundraiser in Vidor, Texas, 1962‬
Two-million hits and counting. Looks like that Grade 10 typing class is starting to pay off