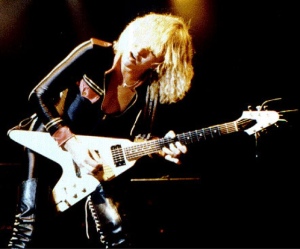 In March of 1992 I did an interview with Michael Schenker, one of my favourite hard-rock guitarists of all time, whose work with Scorpions, UFO, and MSG totally blew me away.

Especially the UFO stuff. When the Phenomenon album came out in 1974 I had just turned 17, and tunes like “Doctor Doctor” and “Rock Bottom” were precisely what I needed to hear.

So at one point in the conversation I asked Schenker which of the six UFO albums that he played on he was most impressed with. He didn’t actually pick one, though.

To hear my full 1992 interview with Michael Schenker, become a patron of the Newt on Patreon.