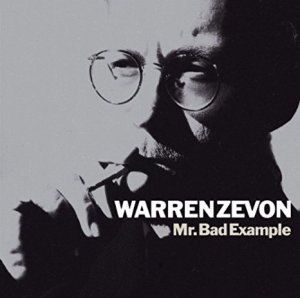 Back in January of 1992 Warren Zevon called me up from a soundcheck in Alabama. I know what you’re thinkin’: how cool was that? 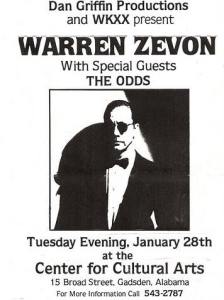 At the time Zevon was touring behind his Waddy Wachtel-produced Mr. Bad Example album, and his road band was the Odds, the Vancouver power-pop quartet who’d come to his attention via their 1991 debut album Neapolitan.

Realizing that Zevon had enlisted such primo players as Wachtel, David Lindley, and Jim Keltner to play on Mr. Bad Example, I asked him if he thought the Odds had pretty big shoes to fill. His response was pure Zevon.

(Considering that Zevon died way before his time–at 56, after a widely publicized battle with cancer–I feel like a sap for wasting 17 seconds of his rich life while turning off the kitchen kettle. On the bright side, you’re able to hear Odds drummer Paul Brennan testing his kit in the background.)

To hear my full 1992 interview with Warren, become a patron of the Newt on Patreon.