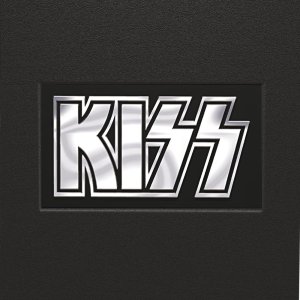 Musicwise, I’ve always thought that Kiss went downhill after the release of its third album, Dressed to Kill. Of course, as rock history has proven, the band actually started to get hugely popular just after that, with the release of its 1975 double live disc, Alive!, and the studio album that followed it, Destroyer.

But unlike millions of other teenage rock freaks, I couldn’t handle the band wimping out with Destroyer’s megahit ballad, “Beth”. To this day that song makes me cringe, whereas I never tire of hearing awesome debut-album cuts like “Strutter”, “Deuce”, and “Black Diamond”.

Kiss has never done anything on a small scale; to Ace Frehley, Gene Simmons, Paul Stanley, and Peter Criss that’s sacrilege. So the group’s first-ever boxed set comes in a cloth-bound box with a metal logo on the front and a faux red-velvet lining to encase the five CDs. It also comes with a 120-page colour booklet featuring rare photos of the band’s early days and revealing, track-by-track commentary from the members.

As for the music, it’s a Kiss completist’s wet dream, with 30 of its 96 tracks being previously unreleased band and solo demos, outtakes, and live recordings. These include three tunes by the fabled pre-Kiss outfit Wicked Lester, a roughshod but enthusiastically punkish 1966 demo by a 14-year-old Stanley, and a demo version of Simmons’s signature tune, “God of Thunder”, sung by writer Stanley (with Kiss’s road manager playing drums!). As a teaser, the boxed set ends with a live version of “Rock and Roll All Nite” from the upcoming Alive IV CD, in case people didn’t hear it enough when it was on Alive!.

As if all that weren’t enough, inside there’s also a “1973-2002 Official Merchandise Catalog” from which you can order everything from ’90s tour programs to the Kiss Kasket—yeah, that’s right, a full-sized casket with “a specially laminated photomural featuring the Kiss logo and images of the band members”—for only US$4,700 (plus shipping and handling). Just think, you can be buried with Kiss, and be a full-fledged Kiss Army member for all eternity.