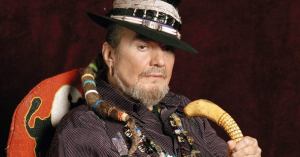 When the weekend chores are done–well, a couple of ’em anyway–it’s always fun to sit down and bang out a quick rock blog.

Not as funky as Dr. John, though. Man, that guy was funky AF! Even his answering-machine message was funkier than most.

So for any other Mac Rebennack fans who’ve been thinking of the Louisiana music legend since his passing on June 6, here’s another audio excerpt from my 2004 interview with him.

At one point in the conversation–after we’d already discussed all the amazing musicians he played with–I asked him who he’d most like to work with that he hadn’t worked with yet.

His answer said a lot about the whole Dr. John mentality and what people loved about him, I reckon.