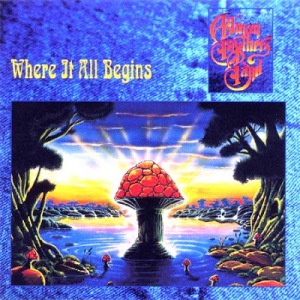 I wouldn’t say that the Allman Brothers were as great, back in 1994, as they were when Duane was in the band, but holy crap were they still a smokin’ hot band!

A lot of that smoke was conjured up by Warren Haynes, who Dickey Betts brought with him when the band reformed in 1989. His slide guitar on nineties albums like Seven Turns, Shades of Two Worlds, and Where It All Begins was a thing of beauty, in my books.

I did my first interview with Haynes in ’94, when the Allmans were touring behind the latter disc, and at one point I asked him how long he thought the band might stay together.

To hear the full 23-minute interview with Warren Haynes, become a patron of the Newt on Patreon.