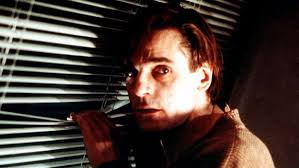 Dead Ringers opens with a scene wherein studious young twin boys, Elliot and Beverly Mantle, are seen poring over an anatomically correct model of a woman. The twins are fascinated with female anatomy–internal female anatomy, that is.

“They’re so different from us,” observes Beverly. “We’re going to have to figure them out,” replies Elliot. “How will we do it?”, asks Beverly. “Dissection”, answers Elliot.

Now, fans of David Cronenberg’s stylishly visceral filmwork might see this as a prelude to more of the trendsetting gore effects that have made the Toronto director such a controversial figure, but that is not the case. Dead Ringers is not a horror film. And neither is it science fiction. The fantasy element common to most of Cronenberg’s work is given another treatment here.

“I think of Dead Ringers as a real departure,” Cronenberg has said. “The art of The Fly was to make the fantasy seem absolutely real. The challenge in Dead Ringers is the reverse–to make the realistic seem fantastic.”

In the movie, the Mantle twins grow up to become internationally famous doctors who specialize in curing infertile women. They are played, in a dual role, by British actor Jeremy Irons, who supposedly took the role after it was turned down by both Al Pacino and Robert De Niro.

Loosely based on the novel Twins by Bari Wood and Jack Geasland, Dead Ringers follows the mental and emotional disintegration that besets the Mantles once they become involved with hard-living, passionate actress Claire Niveau (effectively played by Genevieve Bujold). Because they’ve previously done everything together (including share women), subtle flaws in the twins’ psychological makeup start to fester when one of them falls in love with Niveau and is forced to relate to her on a one-to-one basis.

The mysterious bonds that tie the twins together prove to be even deeper than flesh itself, and, in a weird variation of the Dr. Jekyll and Mr. Hyde theme, the Mantles are drawn relentlessly and frighteningly towards an inevitable and appalling fate.