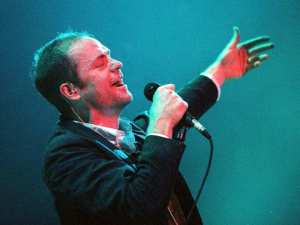 As I mentioned in a blog last month, the last time I interviewed Gord Downie he got a little “cunty” (his word) when I brought up the subject of how the Tragically Hip hadn’t enjoyed nearly the same level of success in the States as it had in Canada.

After that minor irritation I moved on to ask him about success in Canada, because at the time of our chat the Hip were at the peak of their popularity, about to play two sold-out shows at Vancouver’s Pacific Coliseum, with a third nearing capacity as well.

So I asked whether he’d had any inkling, back in the early days of the Hip, that he’d one day be packing arenas for multiple nights. He replied with his usual candour, tapping into a recent conversation with his dentist’s receptionist to get his point across.

Donate to the Gord Downie Fund for Brain Cancer Research by clicking sunnybrook.ca/gord.